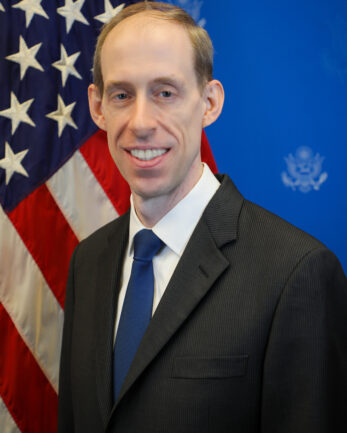 Jonathan Fischer began his tour as Deputy Chief of Mission for Senegal and Guinea-Bissau in January 2022.  His most recent prior assignments were as Minister Counselor for Economic Affairs in Cairo, Egypt (2020-2021), Economic Counselor in Tunis, Tunisia (2018-2020), and Deputy Director for Maghreb Affairs in Washington (2015-2017), where his team was responsible for the full range of issues related to Libya, Tunisia, Algeria, Morocco, and the Western Sahara.  Earlier in his career, Jonathan worked in consular, management, and economic roles in South Asia, Europe, and the Middle East.

This is the official website of the  U.S. Mission to Guinea-Bissau. External links to other Internet sites should not be construed as an endorsement of the views or privacy policies contained therein.