Home Página principal | News & Events | The Ambassador of the United States of America to Guinea-Bissau, Michael Raynor, presented his credentials 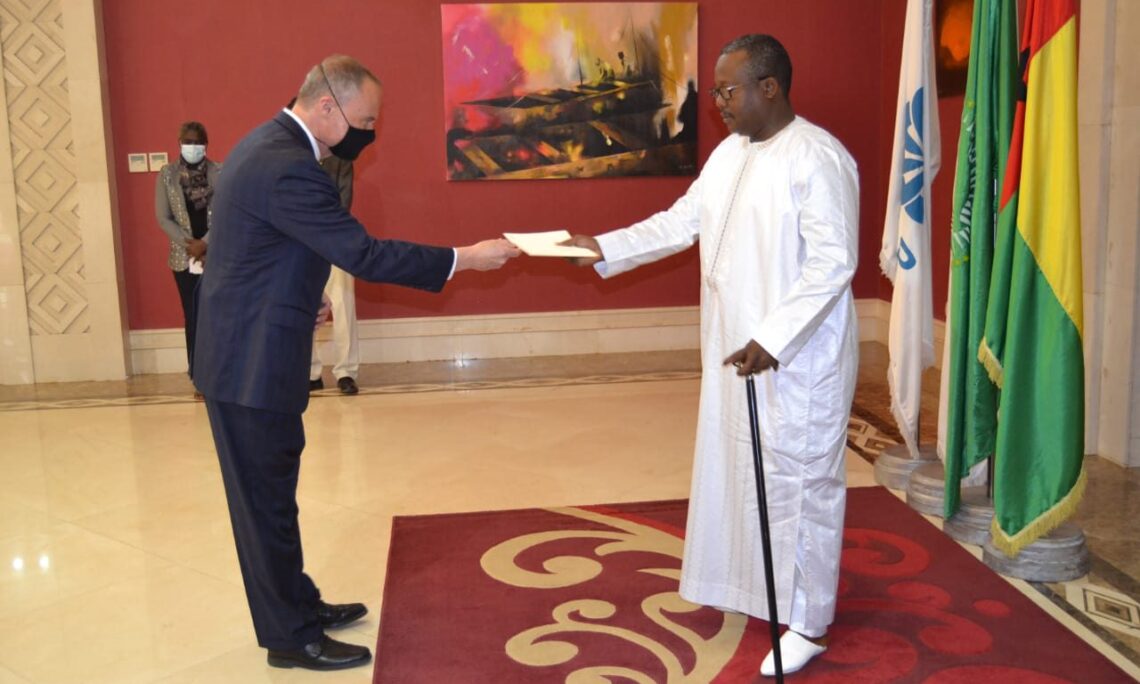 During this first visit to Guinea-Bissau as Ambassador of the United States of America, Ambassador Raynor had a brief meeting with the Prime Minister, Nuno Nabiam, and the Minister of State for Foreign Affairs and International Cooperation, Suzi Barbosa.

The Ambassador visited the American Corner located at Escola Normal Superior Tchico Te to learn about the various educational and cultural programs offered at the center. He also visited the HALO Trust, an organization that has received funding from the United States to help Guinea-Bissau’s armed forces take care of obsolete munitions safely. The Ambassador visited Catholic Relief Services, which partners with the US government to provide professional training for teachers and free meals for school-age children. Ambassador Raynor also visited the NGO Shelter for Life to see first-hand how the US$38 million funded by the US government is contributing to more efficient cashew production and sales for farmers in Guinea-Bissau.

This is the official website of the  U.S. Mission to Guinea-Bissau. External links to other Internet sites should not be construed as an endorsement of the views or privacy policies contained therein.